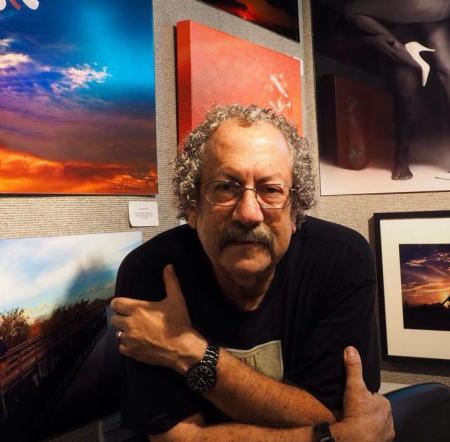 Fully experienced in professional photography since 1968, Sandy Levy possesses a rare combination of a keen eye, the highest degree of technical proficiency as well as many years of experience working with the best Art Directors, Advertising Executives and companies in the world.

And in today's economy, Sandy's skills are even more important than ever in getting the photographic project done correctly, quickly, and within budget.  In these times, you do not want a lesser experienced photographer learning how to best make an image, at your expense.

Graduating with a Bachelor of Arts degree from the University of Miami in 1968, Sandy was trained in photojournalism under the direction of Wilson Hicks, the first photo editor of LIFE Magazine.

Since graduating college, Sandy has been a full-time professional photographer; first working as a newspaper photographer and since 1971, in business for himself as a free-lance advertising photographer.

Sandy also had extensive Television, film and newspaper experience prior to founding Visual Impact Photography, including Chief Photographer for the Miami Beach Sun-Reporter Newspaper and a film cameraman for a local TV station.

Sandy has won numerous awards over the years, including a number of the prestigious Addy Awards for excellence in advertising.

Equipped to fully handle location and studio assignments in digital high resolution (as well as on film from 35mm through 8x10), Sandy has been in the same fully equipped studio location in the Bird Road Art District since 1989.

Clients include Burger King, Tony Roma's Mercedes Benz, dozens of cosmetics and electronics manufacturers, as well as many world-renowned art galleries and artists.  A number of highly successful artists choose Sandy as their preferred source for imaging to produce giclees and posters.

In addition, Sandy has expertise in all types of panoramic photography, up to and including 360 degree on one piece of film or digitally.

Since the advent of the Internet, Sandy has directed his photographic skills and talents to the latest cutting-edge technologies of the digital world.

Sandy also now specializes in high-end digital online virtual tours with clients such as Cunard Lines (for the Virtual Tour of the Queen Mary II), Miami-Dade College, the Miami-Dade Resources Recovery Facility, the Florida State College: Florida School of the Arts, and a number of industrial sites, medical, and professional offices.

Active in a number of professional photographic organizations, Sandy is a Life member of both the Professional Photographers of America and the American Society of Media Photographers.

Sandy has served for many years and continues to serve on the Board of Directors of the South Florida Chapter of The American Society of Media Photographers (ASMP).  Sandy is also Membership Chairman of ASMP.